How a Jacking System Works

The ability to mechanically link multiple screw jacks together so that they move in unison is one of their greatest advantages. Typical arrangements involve screw jacks, bevel gear boxes, motors, reduction gearboxes, drive shafts, couplings and plummer blocks. 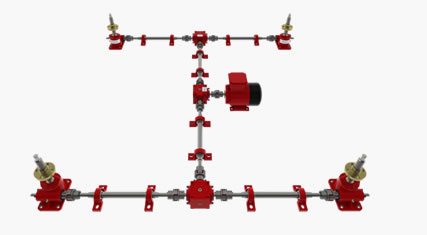 This has allowed Power Jacks to provide jacking system solutions into most sectors. Production type environments whether in metal, civil, automotive, paper or energy are the main users of jacking systems however applications such as stadiums, communications and research also use jacking systems of small and large designs.

Whatever the application Power Jacks have the knowledge and experience that ensures the customers gets the best jacking system solution.

Get a product quote quickly from our dedicated UK sales team

Specify a product based on your applications technical requirements

Be the First to Know